By now you will probably have noted the rise of modern musicals adapted from historical events. The likes of Hamilton and Six are so engaging, it is only after leaving the theatre that audiences realise just how much they have learnt. Maybe we should be utilising these productions further when it comes to education.

A rise in historical pop musicals

Fantastically Great Women Who Changed The World does just that. Depicting iconic women throughout history and understanding the hardship and struggle that brought them success, this production is based on the award-winning picture book by suffragette descendent Kate Pankhurst. With a backing track that mimics the pop-music on social media – something that young people absorb so often – it's a great way to reach the younger generations.

‘Its easy for people to belittle musical theatre, when actually it combines all the art forms and has the power to educate its audience’, says Christina Modestou, an actor playing Jane Austen and Mary Anning among others in Fantastically Great Women, previously having played Anne Boleyn in Six. ‘The style is working – just like in Hamilton’. The show's soundtrack has been written by Miranda Cooper, who was also the composer behind number one tracks for both Girls Aloud and the Sugababes.

The stories of women throughout history

Much like the wives of Henry VIII in Six, the young women in this production are not presented as they were in history, but adapted. True elements of their stories remain the same, but due to the amount of multi-roling, no accents are attempted for the historical women, as director Amy Hodge believed that would detract from their impact. Instead, the men are given comical accents and are made larger than life, while only the essence of each women remains, grounding the characters. ‘I just wish I had something like it when I was younger’, says Modestou, ‘the representation in this show and the diversity is so important.’ A beautiful element of the production is that a young female actor local to each theatre the production tours to plays Anne Frank, linking each show to local communities across the country.

‘What I was taught at school is very different to what is taught now,’ says Modestou, explaining that when she went to school in Wales, she didn't learn about so many of the amazing women in the production. The limits of school curricula are tight, which is something shows like Fantastically Great Women can help with – they can increase the number of stories young audiences hear, and also help them learn existing topics in more depth.

Modestou insists that despite the female-focus, this production is not just for girls – ‘It's also for young men. When they see women in this way, they can finally see them doing sport, discovering dinosaurs, creating art, writing – all these things throughout history that are inspiring, and are rarely shown.’ 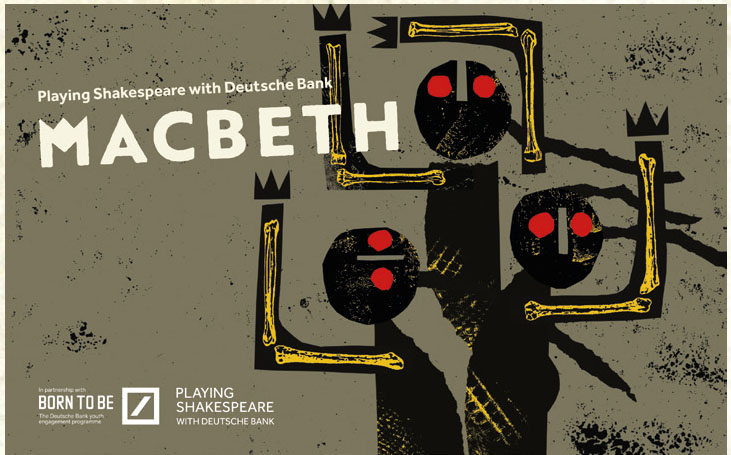 Modestou argues that by seeing a believable character on stage and seeing the struggles they went through to achieve what they did, we can make the stories you hear in history lessons more reachable. Instead of romanticising each individual's achievements, she believes we should be normalising their hardships, and showing that hard work will help young audiences achieve what they want to. ‘You spend a lot of your childhood dreaming, and then eventually thinking that opportunities in history books will happen for you. But if you hear women who did make it happen, it is easier to make those dreams tangible.’

She continues: ‘It is easy to romanticise history and put it on a pedestal, but I think it is important in this show to bring those things into reality and show that they were real people who achieved real things, and perhaps they didn't know they were going to make history 200 years later.’

‘Well behaved women rarely make history’ is a feminist slogan adapted from historian Laurel Thatcher Ulrich, and a quote that packs a punch in this production. ‘Sometimes it is about breaking the rules,’ Modestou explains, referencing the laws recently passed in the UK about removing the right to protest. ‘I think it is so important for the next generation to feel able to say, “we need to do something about this”, and that comes from realising that some rules are not fair’. Many of the women in this production have broken the mould, being scientists, writers, athletes, and astronauts in male-centric industries. ‘We have a line in the finale that is “living in a world that you can create” and I think that gives you so much power,’ Modestou adds.

As well as being a production about the successes of women, portrayed by all women, the production team are female-dominated too. ‘It has been a really collaborative experience. In the show, Jane Austen says: “Having your voice heard is half the struggle.” In this play, our voices are heard.’

The show is very playful, but it is full of facts that disband stereotypes and break down the way audiences traditionally view history. I am sure it has inspired many young audience members to work harder for their dreams, and other producers to think about how we can utilise musical theatre for the benefit of education. Promoting equality and tackling discrimination through Drama and History: building an inclusive curriculum that celebrates diversity A walk-through history of theatre